PERFORMANCE CANCELED. IN THE TRIPLE SESSION WITH MUTE MAKER, BY FLORA DÉTRAZ AND INFINI # 5, BY RIMAH JABR & DECORATELIER JOZEF WOUTERS THE PERFORMANCE LE KOMBI WILL BE REPLACED BY JEANNOT KUMBONYEKI'S VIDEO PROJECTION.

We're very sad to inform you that, due to insurmountable visa problems, the performance of Le Kombi by Congolese choreographer Jeannot Kumbonyeki, planned for May 31 and June 1 in São Luiz Teatro Municipal, will not take place.
Over the years, the Alkantara Festival, explicitly aiming to present artists from outside the occidental safe zone, has dealt with many visa questions. Things have been tight some times, but we always managed in the end to get artists into the country and onto their stage. This time, we didn't manage.

We've been trying, in collaboration with Studios Kabako (Faustin Linyekula's production house) to get a visa appointment for Jeannot since mid March. In vain.

The Congolese authorities closed the Maison Schengen in Kinshasa this January, amidst an escalating diplomatic conflict between the DRC and European countries. This consular post processes all visa applications for Congolese citizens traveling to Schengen Countries. As of now, it has yet to reopen. Concretely this means that it has become virtually impossible for Congolese citizens to enter the Schengen space.

In spite of our efforts, and in contact with the Portuguese Ministry of Foreign Affairs, it has proved impossible to steer Jeannot around this situation. The EU makes clear that it will not make any exception, in order to keep the pressure on Kinshasa.

This story contains many tragedies.

The tragedy of a people which has suffered tens of years of conflict and wars, just because they happen to live on top of some of richest natural resources of the planet. Which is now taken hostage in a bras de ferre between Kinshasa and Brussels.

The tragedy of a very talented artist, blocked from showing his work internationally.
And that of a Lisbon audience, deprived of the possibility to see a young man dance, in a unique and very eloquent way, the horror and injustice his compatriots are living.

Alkantara has opted not to replace Jeannot Kumbonyeki's performance. Instead we will use the time available, ias part of the triple-bill with Flora Détraz and Jozef Wouters, to show a video testimony by Jeannot Kumbonyeki and have an update on the situation in Congo. We do hope you will gather around this empty chair with us and hear what there is to say about the unimaginable despair of a nation. 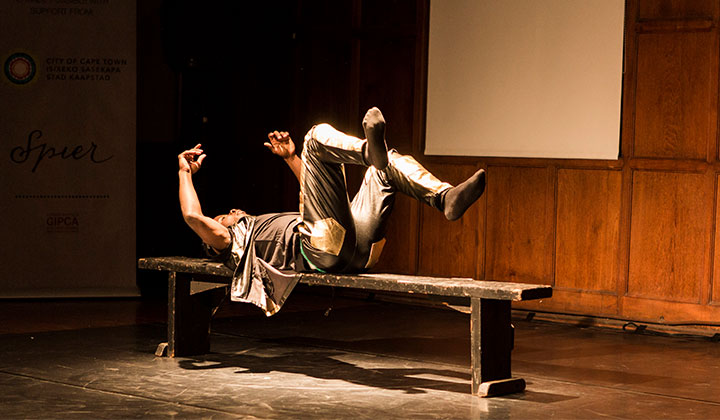